Get Breaking Alerts on Stocks Before The Mainstream Media

Most think of ‘elephants’ when considering copper exploration. The reality is, it’s not that easy. Exploring and defining large copper deposits requires hundreds-of-thousands of metres of drilling, hundreds-of-millions of dollars in exploration costs, leading to billions-of-dollars of capital costs. So, any early-stage copper exploration company is going to pray they have early success on the drill bit to further finance a continued success, leading to a big brother—a short list of potential mid-to-large-scale suitors are out there— to hold its hand all the way to production 10-20 years away.

Instead, why not pick a known money-maker in a region where permits are easily obtained, with ore-hungry processing facilities nearby? Here you’ll spend just tens of millions to further define a resource and put it into production.  In this scenario, you’ve taken the typical base metal start-up cycle from decades to just a few years. Jump-starting your copper company to cash flow. That’s the strategy now being executed by Cullinan Metals (CSE: CMT) in Portugal. Cullinan is also keen to capitalize on the exceptionally high grades found on its ground in Portugal. While grades continue to decline on a global basis from near 1.5% Cu to below 1.0% Cu, the grade historically mined and drilled at Cullinan’s claims typically fall in the 2.0% Cu range.

In 2020 the top-ranking copper producing countries were led by Chile, Peru, China, DRC, and the USA. The producing companies are led by multi-billion-dollar global corporations including Codelco, BHP, Freeport-McMoRan, Glencore, Southern Copper, all producing between 1-2 million tonnes Cu per year.
So how does a small junior resource company with a market capitalization of just $12 million make its mark in this environment? By chasing the smaller-scale low-hanging fruit to get to cash flow as quickly as possible. In this scenario, once in production, your company can spend its cash on further exploration without the punitive dilution that other junior miners experience.

“Right now, copper is at an all-time high,” said company co-founder and President Marc Enright-Morin. He points to US President Joe Biden’s new $1.75 trillion spending framework, which includes $555 billion for clean energy as one of the key global drivers, pushing the near-term demand for copper. 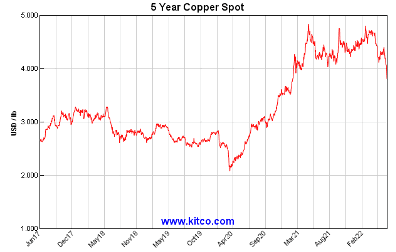 “There is a new dream deal in the US, as well as a global shift to green energy, electric cars, and all of the supporting infrastructure. This is going to require a lot of copper in the near-term, but we’re not looking for ‘world-class scale’ deposits that we could never develop.  We’re focusing on past producers where we generate some income and take advantage of these high copper prices. This is why we’ve gone to Portugal. It is a stable mining jurisdiction where the government is eager to develop resources in their own country. We look for properties that have been past producers to minimize permitting difficulties and where we can define additional resources.”

“In Portugal, the local mines and smelters are looking for ore to blend. There are some immediate copper oxide leaching possibilities on the properties. From an exploration standpoint, we’ve secured ground within a large district with multiple exploration targets with all exploration easily accessible from main roads.”
On June 13, Cullinan Metals announced that it signed a letter of intent to assume the obligations of PanAm Copper and the right to acquire a 100% interest in the Borba 2 property comprising three copper projects and one gold project from GoldPlay Mining.  The Borba 2 permit covers an area of 328.5 square km in the Ossa Morena of Central Southern Portugal. 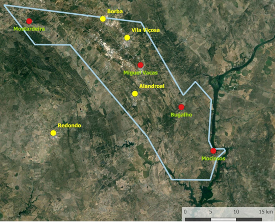 “The Borba 2 concession is roughly 40 kilometers long, and 11 kilometers wide, so all said, it’s still quite a big piece of ground right on the border of Spain and Southern Portugal. Within the concessions, there’s two past copper producers and one gold. And another gold-copper prospect in the southern part of the concession.”

Currently the company’s flagship and primary target is the Miguel Vacas past producing copper mine. Miguel Vacas was mined via open pit in the 1980’s with approximately 900 tons of copper metal in concentrate produced at an average grade of 2.1% Cu. The halting of mining operations at Miguel Vacas in 1990 was due to the financial difficulties of its holding company Minargol, which went bankrupt, mostly as a result of their tin mining operation in Argozelo (Northern Portugal).
“The Miguel Vacas deposit is flanked by five different marble mines,” says Enright-Morin. “So, we know there will be no issues in permitting, locals are looking for work, they want to develop resources and they’re looking for ways to do that.” 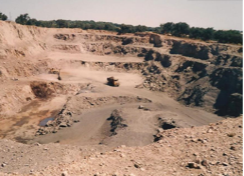 Meanwhile, the Miguel Vacas deposit remains open along strike and down dip. The extension of the anomaly is over 1.7 km in length.  For the geologically inclined: the ground host shallow secondary copper minerals in brecciated zones and impregnations in black/grey shales in the oxide zone, including Malachite, Libethenite, Crisocola, Atacamite and Covelite. Primary cupriferous, almost exclusively associated with brecciated zones with Chalcopyrite + quartz + carbonate from 80 metres depth.

Cullinan also announced June 13 that it intends to raise gross proceeds of up to $2 million pursuant to a non-brokered private placement.  Each unit in the financing will consist of one common share and one-half share purchase warrant exercisable at  $0.60 per share for a two-year period. The current share count is low with 21.5 million outstanding 700,000 options, 15 million warrants. Currently trading in the $0.50 range, a $2 million financing is not particularly dilutive to CMT.C at this stage.  Enright-Morin himself is a successful businessman and entrepreneur based in Vancouver, B.C., with 20 years of global capital markets expertise to fund and market the enterprise.

Use of proceeds of the financing is to drill up to 2,000 metres along strike and down dip at Miguel Vagas to firstly extend  the ‘above 75’ metre oxide zone which is open in both directions and then to test the down-dip extension into the sulphide transition zone.

“What we’re looking to achieve is to target a resource on the copper side somewhere in the 100 million tonne range at one and a half percent or better, these high-grade copper deposits are harder and harder to come by,” says Enright-Morin. “We’ve spoken to several engineering firms and several new technology firms in regard to processing smaller deposits and how we can achieve this fairly quickly.

The company has a strong in-country geologist to guide its exploration. Senior exploration manager Jose Mario Castelo Branco has over 38 years of experience and is a managing partner of Geologia e Geotecnia Consultores, a boutique consulting firm specializing in mineral exploration based in Portugal. Prior to that, Mr. Branco was the Regional Exploration Manager, Europe, for Lundin Mining, overseeing Lundin Mining projects in Iberia and Europe. He led the team credited with discovering the new VHMS Semblana mineral deposit near Lundin’s Neves Corvo mine.

“We want to achieve near-term production as soon as possible, and the reason we’re keen on that is there is a smelter about a hundred kilometers away in Spain, another EU country, actively looking for feed. Also, in Portugal there are two large copper producers that are looking for ore to blend.  They want to blend their slightly less favorable metallurgy, so that they have less deleterious materials within their products. So, we’re pretty keen on exploring those possibilities, as well and we’d like to begin  defining resources as soon as possible.”

“Initially we’re looking to drill 2,000 metres to see what we’re looking at. We know the sulfide zone starts in the 80 metre range. We noticed in the sulfide zone, that the grade is very similar, so we’re not losing any grade at depth. The oxide zone extends for two kilometres along strike so we want to start with the low-hanging fruit, and then we’ll look at the sulphide depending on the mineralogy and potential processing methods.”

In summary, Cullinan Metals will focus on the Miguel Vacas copper mine region with additional drilling to expand the existing mineral footprint. On its other projects (the details of which will appear in follow-up articles), the company plans for drill testing at the Bugalho Copper-Gold mine area along strike and at depth and drill testing Almagreira gold prospect and Mostardeira copper-gold mine.
The large land package, the exceptionally high copper grades, the nearby processing potential in Spain, the favourable mining conditions both logistically and from a social standpoint, all give Cullinan Metals much optionality. It leaves plenty of upside in a tightly-held early-stage company working towards non-dilutive cash flow to leverage further opportunity for CMT.C shareholders.

Legal Disclaimer/Disclosure: The content contained in this article is a paid publication. No information contained within should be construed as investment advice to buy or sell any mentioned securities. The author’s opinion does not necessarily reflect that of Financial Press. Associates of Financial Press may own shares of the companies mentioned in this article. A licensed financial advisor should be consulted prior to making any investment decision.